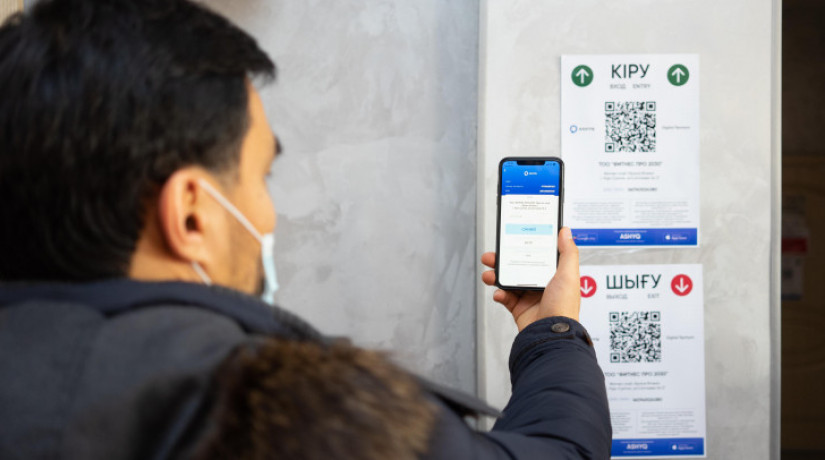 Almaty. April 29. Information Center - The Ashyq mobile application allows businesses to continue their work amid the coronavirus restrictions. As of April 27, the project includes 1,658 businesses and more than 378,000 citizens, said  Kazakh Healthcare Minister Alexey Tsoy at an government meeting, The Astana Times reports.

The app was initially designed to allow people to visit businesses that had to suspend their work under the existing coronavirus restrictions. These included spas, fitness centers, and cinemas.

Citizens must fill in their national identification number to use the app. Integrated with the data from the Ministry of Health, the app shows a person’s status ranging from green and blue when movement is not restricted to yellow (contacted with infected people) and red (positive PCR test).

The system, which was at first met with public criticism, was tested in January in Kazakhstan’s major cities of Nur-Sultan, Almaty, and Karaganda, and starting April 26, the project expanded nationwide.

Since the pilot launch of the app, 809 people attempted to enter venues with a red status and 340 people with yellow status since April 12.

More than 5,000 businesses are expected to connect to the system in a week through May 5, said Atameken National Chamber of Entrepreneurs Chair Ablai Myrzakhmetov.

“We see that businesses from Almaty, Nur-Sultan, Karaganda, and Taraz are actively using the app. Voluntary participants – banks, medical centers, hotels, who want to secure their staff and customers without receiving the benefits – are actively joining the project. Thanks to the app, businesses that were banned since last year have been given permission to resume their work,” said Myrzakhmetov during the government meeting,