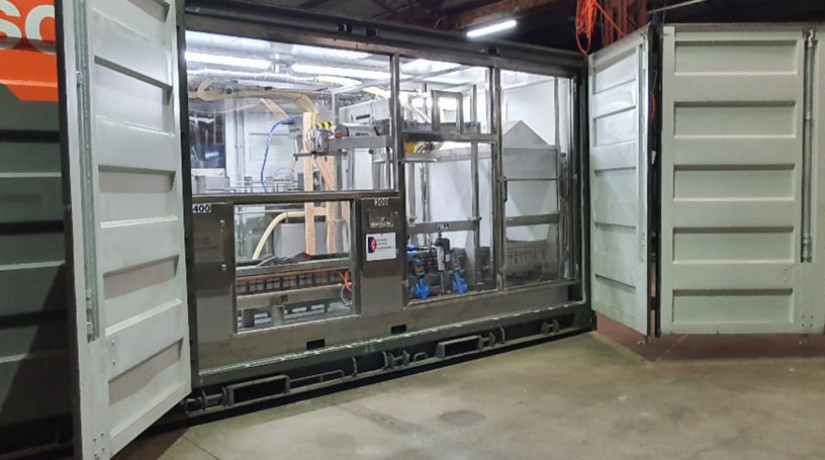 Almaty. September 6. Information Center - Regency Park company GJC Engineers will ship one of its containerised uranium packaging plants to Kazakhstan this week in what it hopes to be the first of a string of exports to Central Asia, In Daily reports.

GJC has been involved in the uranium industry for more than 20 years and has previously exported packaging plants to Africa, but the Kazakhstan sale is the company’s first export to the region, which has produced most of the world’s uranium in the last decade.

The fully automated plant, which is built to fit inside a shipping container to allow for shipping ease and has taken a year to complete, was manufactured and constructed in Adelaide using many components also locally produced.

It is GJC’s third-generation unit that is used to remove the human element of packaging the radioactive yellowcake produced from uranium mining into drums before it is transported.

GJC has exported the packaging plants to developing countries since 2007 due to the shortage of resources and skilled tradespeople in the regions making it difficult for quality products to be engineered on-site.

Owner and Engineering Director Glenn Jobling said the project would be a positive boost for the company that has lost several million dollars in orders since the beginning of the coronavirus pandemic.

“We see this as a great opportunity to get the first plant into Kazakhstan because their demand continues regardless of the world price (of uranium),” he said.

“We see this first one as the start of many … unfortunately the country is hurt pretty badly with the virus.”

As a major breadwinner for GJC, resuming exports of the uranium packaging plants is key for the company’s survival.

“We built a huge business mostly on export, and we’ve been able to deliver on time, but the problem is COVID has hurt the receiving countries so badly that their projects are a long way behind and so the order book has effectively stopped,” Jobling said.

“COVID has stopped the development of their expansions and upgrades in their countries … so we need to go back and do some more engineering locally and fill in that void.

“We’ve got more orders coming but no one’s placing an order right now; it’s tough out there.”

Jobling said the packaging was a critical part of preparing the yellowcake for transport and sale.

He said being able to automate the process removed the health risks associated with manual handling.

“It’s extremely important because if you can’t dry and package the yellow cake into drums you can’t sell it … it’s the last part, it’s where you package it and sell it for revenue so if you can’t get it packaged and meet the requirements for export … then they don’t have a market to sell to,” Jobling said.

“You need to do this automatically because you do not want any dust to escape and you don’t want any people to inhale any dust.”

“It’s very hard to put together a quality plant with precision accuracy with poorly skilled tradesmen and labour, and it’s hard to control the cost and the quality,” he said.

The plants were initially exported unassembled but the company has since moved to ready-to-use modules after supplying the first assembled packaging plant into Africa in 2016 – a $12 million export.

The latest plant, which will be shipped to Kazakhstan this week, is worth an estimated $2 million excluding additional equipment for set-up.

GJC employs eight people at its Regency Park factory, as well as utilising local business for fabrication of its materials, which Jobling estimates employs more than 40 people indirectly.