Ferroalloy and Sinter Plants to be Built in Karaganda Region 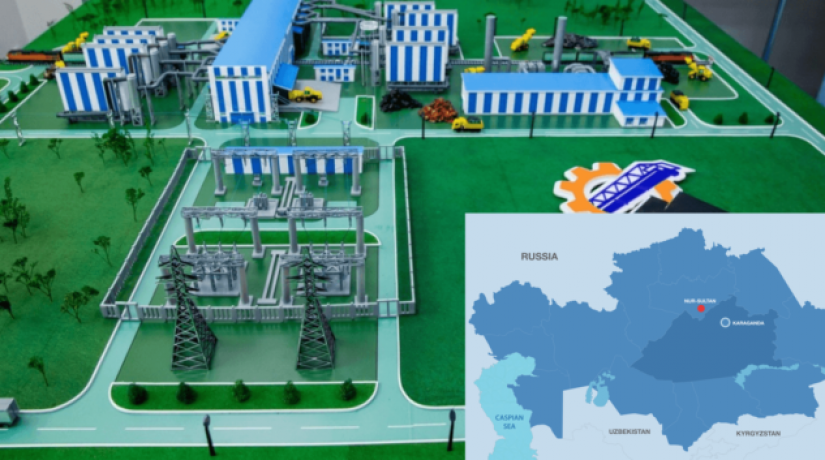 Almaty. December 29. Information Center - The construction of the ferroalloy and sinter plants has been launched as part of the Business Roadmap 2025 initiative in Karaganda, The Astana Times reports referring to  the regional press service reported.

The production capacity of the plants are 57,000 tons of ferroalloys and 240,000 tons of sinter per year.

100-percent locally sourced content is a significant factor of these projects, said Founder of Qaz Carbon Company Yerlan Nigmatulin at the presentation of the project on Dec.22.

The products will be completely export-oriented. The list of expected export countries includes the United States, Europe, Japan, Korea, Turkey and the Commonwealth of Independent States (CIS).

“The projects will increase the export potential and contribute to the economic growth. Manufacturing processes will be environmentally friendly due to a gas cleaning system and waste minimization,” said Nigmatulin.

It should be noted that the YDD Corporation ferroalloy plant is already operating in the region.

“The launch of the new ferroalloy plant inKaragandais an indicator of the development of the metallurgical industry and a positive trend in the country’s investment attractiveness. We believe that these ferroalloy products will also be in demand on the world market,” said Foreign Founder of Qaz Carbon Company David Kemertelidze.

The plant construction projects cost 36.8 billion tenge (US$87 million). The project is co-financed by the Development Bank of Kazakhstan (DBK) and the Qaz Carbon Company.

Chairman of the Board of DBK Abai Sarkulov noted that the DBK supported the project because it meets the bank’s requirements in three key areas – import substitution, export potential and high productivity.

Earlier, in his state-to-the nation address on Sept.1, Kazakh President Kassym-Jomart Tokayev said that investment activities and export promotion of local goods and services are a priority for the government. Productivity growth was named one of the basic principles of the new economic course.