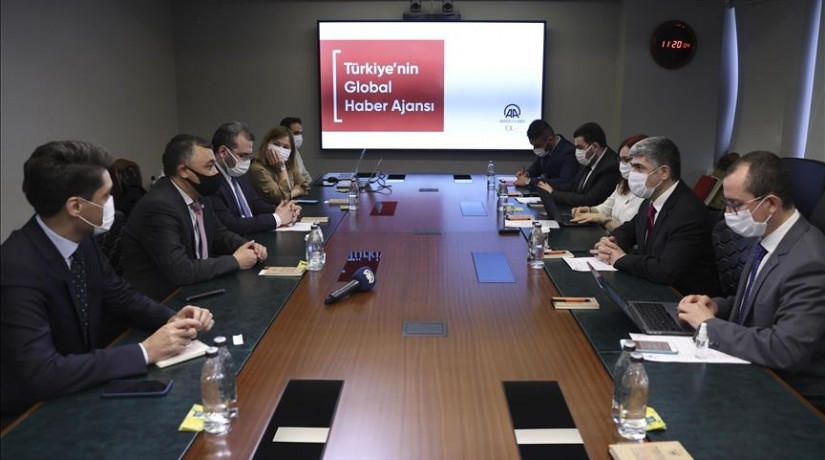 The delegation, headed by Kazakhstan's Information and Social Development Minister Aida Balayeva, was welcomed by Metin Mutanoglu, the deputy director-general and editor-in-chief of Anadolu Agency.

Other members of the delegation were Askar Umarov, head of Kazinform, the country's leading news agency, and Ilkhamzhan Ibragimov, the deputy chairperson of the Kazakhstan Radio and Television Corporation.

Mutanoglu briefed the delegation on the agency's structure and working, adding that they are open for collaborations.

During the meeting, Umarov congratulated the agency on completing 101 years and noted that cooperation with Turkey's largest news network is "vital" for Kazinform.

Founded in 1920, Anadolu Agency is a leading global news agency operating across the world. It serves subscribers in more than 100 countries, including in the Americas, Europe, the Middle East, Asia, and Asia-Pacific.