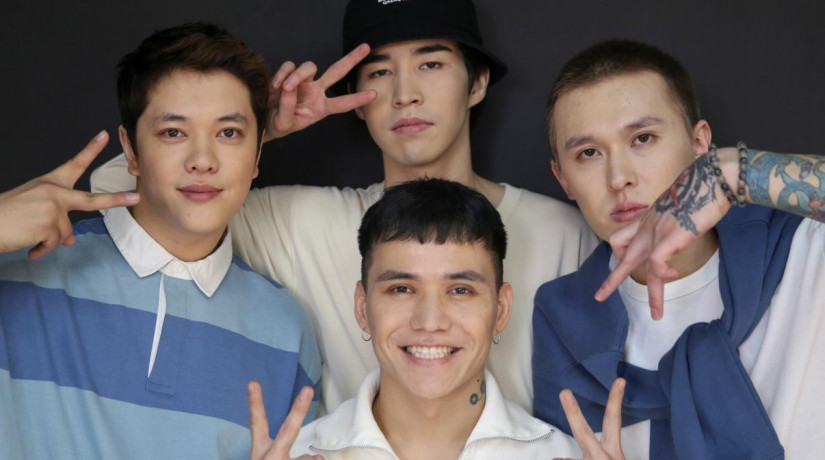 Almaty. March 1. Information Center - References to George Orwell and Aldous Huxley are not exactly what one expects to hear in a pop song, least of all in the Central Asian nation of Kazakhstan where the political scene has been dominated by one party for almost three decades, GDNonline reports.

So when Ninety One, a popular local band, released a song and a music video titled “Taboo” in the final days of 2020, it was likely to attract attention from beyond their usual fanbase.

Having garnered more than 3 million views on YouTube, the song appears to have struck a chord with Kazakhs fatigued by the pandemic, economic woes, corruption and a lack of meaningful political competition.

Written mostly in Kazakh, the song uses intricate wordplay to make references, among others, to President Kassym-Jomart Tokayev and powerful former President Nursultan Nazarbayev, before listing some popular grievances.

“Orwell would not have been surprised by our country, Huxley would have been silent and in full agreement,” go the lyrics, referring to the authors of the dystopian science fiction novels “1984”and “Brave New World”.

The song mentions the endless depreciation of the tenge currency and the “dementors” of state procurement - twinning the wraithlike soul-suckers from the Harry Potter books and movies with an area of public life commonly regarded as the domain of corrupt officials.

“Say ‘Neo, wake up!’ and you’re a dissident,” it goes on - a nod to the Keanu Reeves cult movie “The Matrix” - before making an apparent reference to a widely-criticised decision to celebrate Nazarbayev’s 80th birthday last July with fireworks amid a spike in Covid-19 cases and deaths.

Authorities of the capital city Nur-Sultan - named after the ex-president - defended the move by saying the fireworks had been prepared in advance, paid for by private sponsors and meant to lift the spirits of medical workers.

Kazakhstanheld a national day of mourning for Covid-19 victims a week later.

Ninety One, whose name refers to the year oil-richKazakhstangained independence, have always been mavericks on the former Soviet republic’s pop scene.

Shunned by local TV stations, the band have relied on YouTube and social media to establish themselves as mainstream trendsetters of the “Q-Pop” - the country is spelt “Qazaqstan” in its own Latin script - genre.

Also unusually, Ninety One never perform at the private parties that are a key source of income for many Kazakh performers.

The band’s producer, Yerbolat Bedelkhan, said while the idea of releasing a song focusing on social issues has been on the table for a long time, the band was guided to a large extent by what they were hearing from fans.

“Our fans are young people and the voice of the youths must be heard,” he said in an interview. “Music is soft power.”

According to band member Zaq, the song, produced in collaboration with local rap band Irina Kairatovna, also highlights self-censorship adopted by Kazakh society in general and showbusiness in particular.

“Why ‘Taboo’? Because it seems we are not allowed to say many things,” he said.

“But nobody has actually said that this is not allowed... It is people themselves who think that they must not say certain things.”

Fellow band member Ace described the track as an exercise in “musical journalism”.

In contrast to the rest of the lyrics, the song’s chorus is optimistic, with lines such as “dark days are over, there is no limit ahead”.

However, at the end of the music video, in which all performers are sat at a round table, everyone angrily leaves the meeting, refusing to shake hands with the two chorus performers - who some viewers saw as symbolising Tokayev and Nazarbayev.

The band and its producer, however, won’t comment on the song’s allegories, referring to its own lyrics: “The meaning is in your head and these are just letters”.