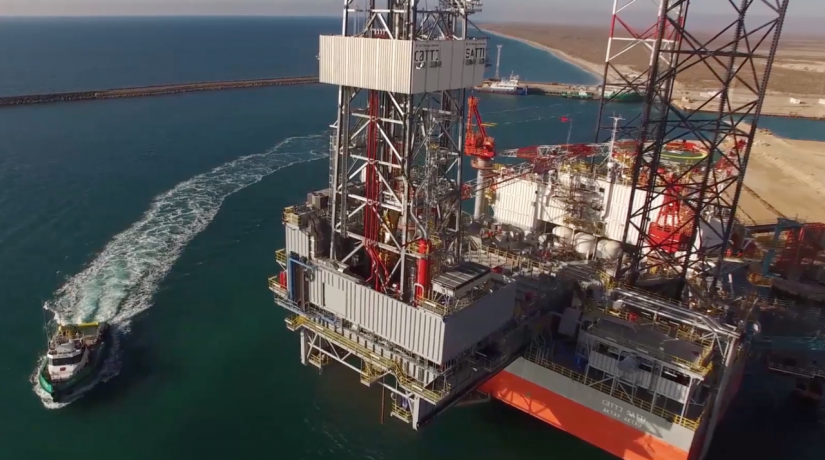 According to the fund’s report, the activity will be carried out in the part of the Caspian Sea where the State Oil Company of Azerbaijan (SOCAR) and British Petroleum (BP) are conducting joint exploration work.

The National Company of Kazakhstan ‘KazMunayGas’ completed the transfer of the ‘Satti’ jack-up floating drilling rig to Azerbaijan on June 19, 2019.

Satti is the first platform built entirely in Kazakhstan. It was built over three years using the US technology at two shipyards. The rig is designed for drilling operations in the Caspian Sea at a depth of80 meters.

A Kazakh-Azerbaijani team of specialists has been created, which will participate in the drilling and provide technical support.

The parties agreed to transfer the installation in February 2019.