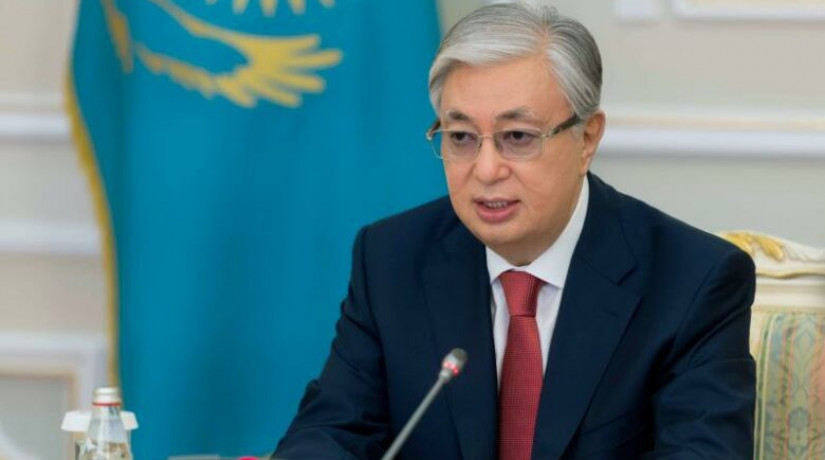 “Kazakhstan cannot rely only on domestic investments, domestic demand and export of raw materials,” Kassym-Jomart Tokayev said at a meeting with business leaders.

He called for a focus on exports of value-added goods to show that Kazakhstan can offer “quality products and services.”

Citing the official forecast that the Kazakh economy will grow by at least 3.5 percent in 2021, the president added, “It may be even more.”

The recovery was already under way in April, when the economy grew 0.7 percent, he said.

Tokayev acknowledged the setbacks suffered by the Central Asian republic’s economy during 2020 due to the Covid-19 pandemic, while noting that the health crisis had a lesser impact outside the commodities sector.

“We are determined to maintain our leadership in the region and in the Commonwealth of Independent States,” the president insisted, referring to the group comprising Russia and a number of former Soviet republics.

Consistent with the goal of diversifying away from commodities, Tokayev said that he recently met with officials from the World Health Organization to discuss securing approval for Kazakhstan to export its QazVac Covid-19 vaccine.

“We are ready to increase the production of the vaccine and start exporting it abroad,” he said.

Mass vaccination with QazVac started in the Central Asian nation on April 26. Kazakhstan is also using Russia’s Sputnik V, China’s CoronaVac and Hayat-Vax, a version of the Chinese Sinopharm vaccine produced in the United Arab Emirates, in the campaign to immunize the population.