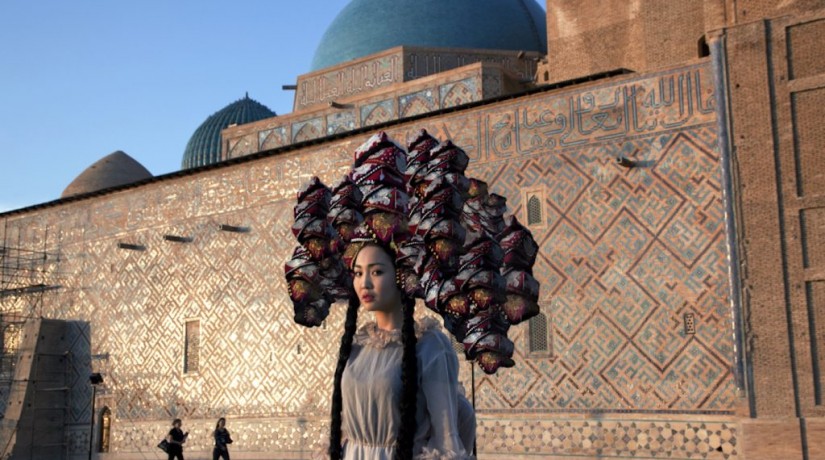 The exhibition is curated by Almaty-based arts hub Aspan Gallery, and is the gallery’s first project in the UK. The artists’ work will be on show at London’s Cromwell Place, and will be open to the public for free.

The project brings together Almagul Menlibayeva and Yerbossyn Meldibekov, two Kazakh artists born in the 1960s whose art broke away from the socialist realist conventions of the Soviet era. Menlibayeva’s work fuses video and photography to create telling artworks that explore the female identity in the context of the migration stories of Central Asia, mirroring them with the contemporary migrant crisis.

Meldibekov, whose work has been previously exhibited at the Garage Museum in Moscow, combines performance, installation, video, and photography to explore the changing identity of places and monuments during the Sovietisation and decommunisation of Central Asia.

The exhibition will be open 5-18 October.