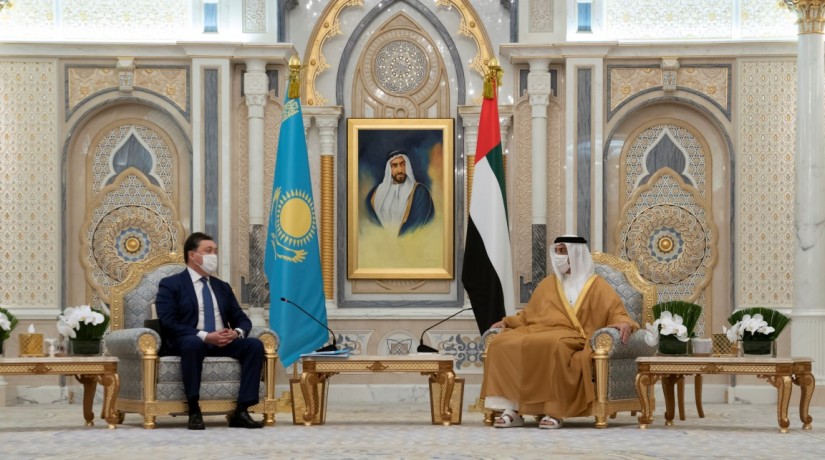 Sheikh Mansour and Prime Minister Mamin witnessed the signing of a Memorandum of Understanding, MoU, between the two governments regarding a partnership on investments in the Central Asian country.