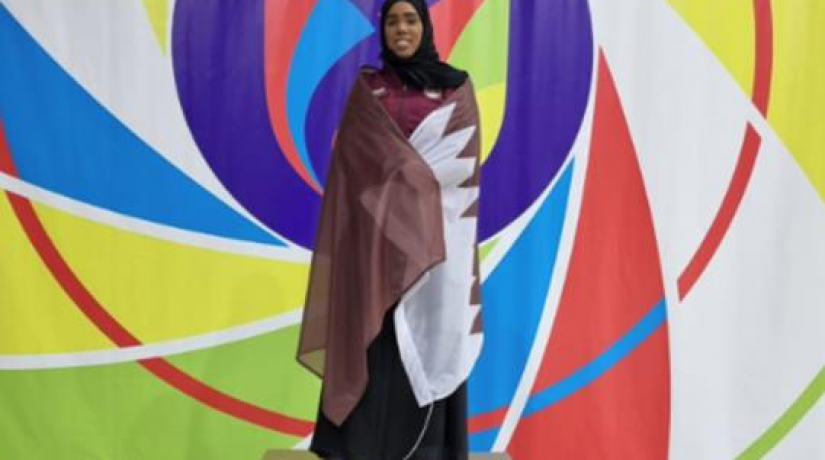 “We congratulate the female shooter Amal Mohamed for winning the first place medal at the Asian Shooting Championship in Kazakhstan. A remarkable achievement that deserves appreciation, and good luck to Amal in the upcoming tournaments,” Sheikh Joaan tweeted yesterday.

Amal said raising Qatari flag in the Asian event was a big honour for her.

“It's a huge moment for me,” the gold medallist said on her triumph.

“It was a tough competition due to presence of good shooters but I was confident of performing well. My coach played a huge role in the victory and this gold medal will boost my confidence for the future events,” she added.

Majid Ahmed Al Nuaimi, Secretary General of the Qatar Archery and Archery Federation, said Qatari shooters have once against proved that they are capable of winning in top events.

“It's a result of sheer hardwork and we are striving for more accolades for Qatar,” he said.“I hope Qatar will win more medals in the ongoing event.”

Ali Saeed Al Mannai, Chairman of the National Shooting Teams Committee, lauded efforts from the shooters in the event and heaped special praise on Amal.

“Amal is one of our most talented shooters who has achieved much at global and continental arenas,” said Al Mannai.