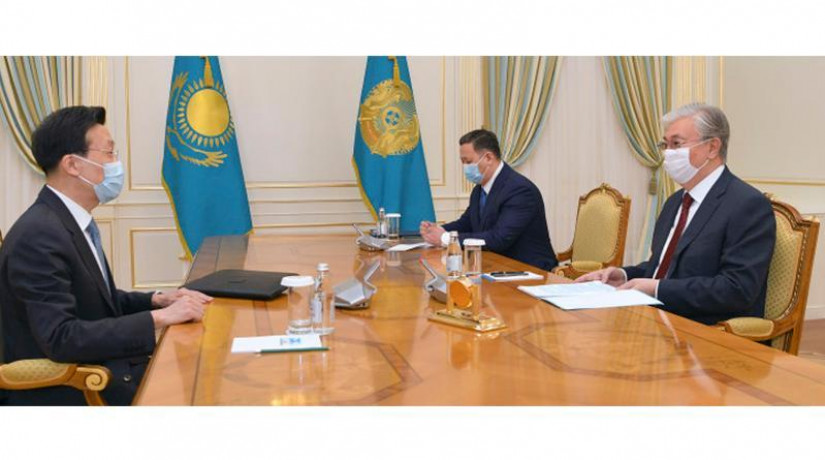 At the meeting the Kazakh President stressed that the two countries’ mutually beneficial and strategic partnership is sustainable, free of conjunctural political trends. He noted that Kazakhstan and China are close neighboring countries, reliable friends, and strategic partners, adding that such cooperation is in line with Kazakhstan’s interests. He said that any issues between the countries could be resolved through constructive and trust-based dialogue. Conveying his warm greetings to China’s Chairman Xi Jinping, the Kazakh President invited the Chinese leader to pay a State visit to the country at his convenience. The Kazakh Head of State confirmed the readiness of the country to enhance the political contacts at the highest levels, enhance economic ties with China, stressing that it is the large foreign trade partner of Kazakhstan, with the trade turnover standing at $15bn in 2020. At the meeting the Kazakh President suggested to return back the normal operation of road and railway checkpoints on the Kazakh-Chinese border, increase their throughput to the post-pandemic levels putting the bilateral trade and investment cooperation to the sustainable and balanced development trajectory. The President also believes that regular air passenger and cargo transportation should be resumed. The Kazakh Head of State also said that the sides should focus on developing digitalization, green technology, innovation spheres, noting China’s evident success.