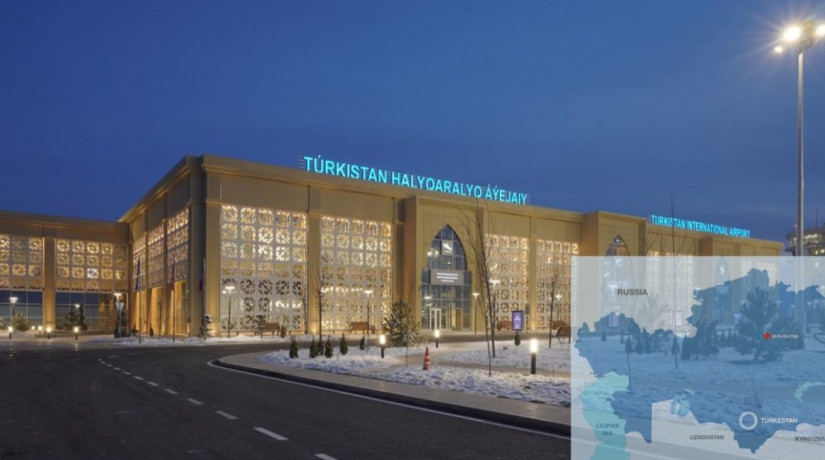 Almaty. April 5. Information Center - The Hazret Sultan international airport in Turkistan announced an increase in international flights to Istanbul in May, according to the Kazakh Ministry of Industry and Infrastructure Development, The Astana Times reports.

Starting May 3, Turkish Airlines will launch regular flights from Turkistan to Istanbul. The flights will be operated on a Boeing-737 three times a week, Tuesday, Thursday and Sunday.

Kazakhstan’s low-cost carrier Fly Arystan launched flights to Istanbul on March 21 and plans to increase its frequency to seven days a week from May 17.

There are also plans to launch flights to neighbouring Bishkek and Tashkent.

Built by the Turkish YDA Group, the new international airport opened its doors in September of 2020.

The opening ceremony was attended by Kazakhstan’s First President Nursultan Nazarbayev, who, in June 2018, signed a decree giving Turkistan the status of a regional center spurring major development of the city since then.

The Kazakh government has been seeking to promote it as the spiritual center of the Turkic world, a status it officially received at the recent informal meeting of the Turkic Council, because of its countless destinations for pilgrimage and its historical importance.

The officials expect the new airport, with a capacity reaching nearly three million passengers per year, to attract new tourism and investment opportunities to the region.