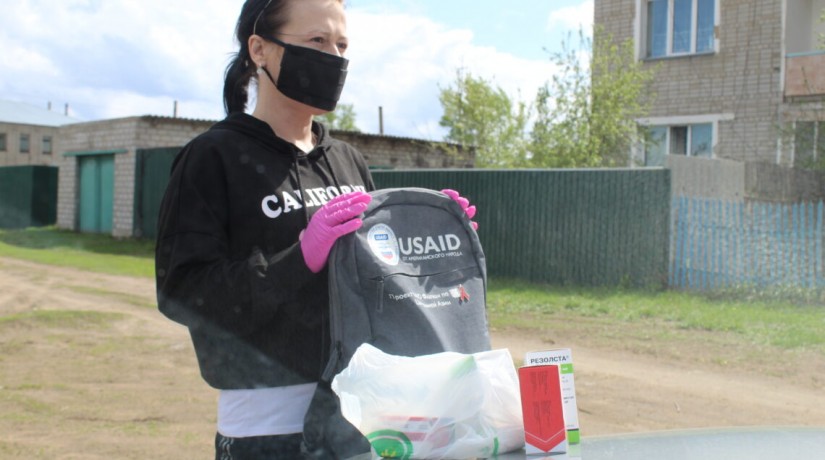 To reduce the number of new HIV cases and reduce HIV’s mortality rate, USAID focused its activities in the East Kazakhstan and Pavlodar regions which have the highest HIV growth rates in the country. Over the past five years, USAID tested 10,000 people for HIV of which about 600 of them learned that they were HIV positive. Through this project another 3,000 HIV-positive people started life-saving treatment. These efforts are helping Kazakhstan achieve the UNAIDS 90-90-90 goals, which will lay the foundation for a healthier world for future generations, getting us closer to ending the AIDS epidemic.

“The Government of Kazakhstan leads the region in addressing HIV/AIDS and is providing most of the funding for its response. We work together with Kazakhstan to ensure our efforts are cost-effective and impactful,” said Christopher Edwards, the Regional Mission Director for USAID Central Asia. “One of the important topics we need to continue working on is stigma. Access to confidential HIV testing remains an issue of concern and many people still only get tested after becoming ill and symptomatic.”

“The Management Information System provided by USAID for non-governmental organizations (NGOs) to work with key populations will improve the quality of provided services. I am convinced that this will also increase the contribution of the civil society in the fight with HIV,” said Dr. Bauyrzhan Baiserkin, Director of the Kazakh Scientific Center for Dermatology and Infectious Diseases at the Ministry of Health.

USAID introduced innovative approaches in case management and testing for HIV. Since November 2019 USAID has helped introduce self-tests and rapid saliva testing through NGOs, enabling the testing of more than 500 people. Additionally, USAID provided a management information system for NGOs in Kazakhstan to help track and control the HIV epidemic among key populations. The U.S. government through USAID has been supporting HIV programs in Kazakhstan since 2003, funded by the U.S. President’s Emergency Plan For AIDS Relief, most recently providing services under USAID’s Central Asia HIV Flagship program.

Источник: US Embassy in Kazakhstan