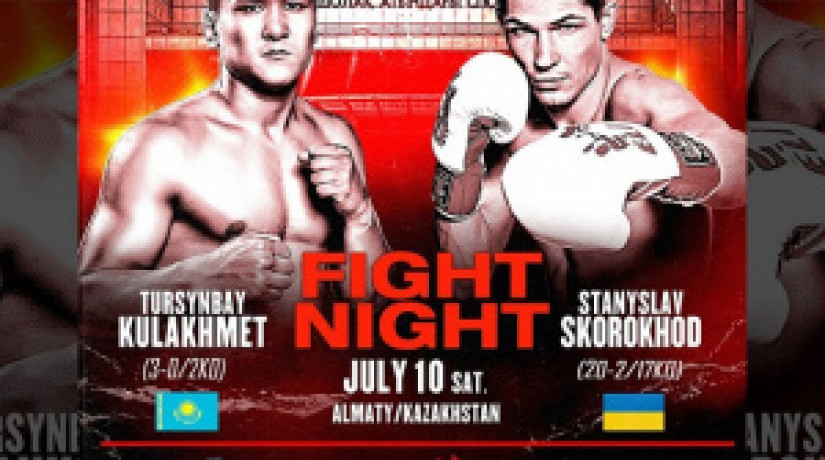 The event takes place in Almaty on Saturday 10 July, and will be broadcast on ESPN+ in association with Top Rank in the US, on SportTimeKZ in Kazakhstan, and on IFL TV for the rest of the world.

Kulakhmet (3-0, 2 KOs) has had a rapid rise since making his professional debut last August, with the Kazakh star defeating Heber Rondon without issues, Macaulay McGowan and Sagadat Rakhmankul, winning the WBC International super-welterweight title in the process.

Up next for Kulakhmet is Skorokhod (20-2, 17 KOs), who is known for his massive knockout power, and has only two defeats in his professional career, with both of those being controversial split decision losses.

The main card also sees Nurtas Azhbenov (11-0, 4 KOs) face an opponent to be named. Lee McGregor is no longer competing at the event, and will now return to action at a later date.