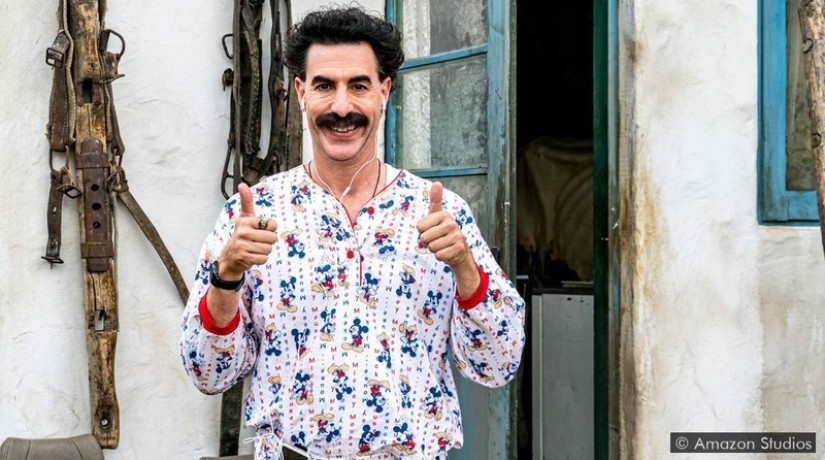 Almaty. October 23. Information Center - A group of young people calling themselves as patriots came to the U.S. Consulate General in Kazakhstan on the day of the Borat 2 film release to hand over a petition to ban the movie, AKI Press reports.

They protest against portraying the Kazakh culture in the movie in "such a humiliating way".

Earlier many Kazakhstanis criticized the movie on social networks.

Even the Minister of Culture and Sports and Ambassador of theUSAinKazakhstancommented the movie.

Minister of Culture and Sports of Kazakhstan Aktota Raimkulova said it is impossible to ignore the movie. "As creative people, they can express themselves they way they want, but not when it concerns the honor and dignity of citizens of one country. It triggers me as a Kazakhstani citizen," the minister said at the briefing.

Borat 2 is a 2020 American mockumentary comedy film written by and starring Sacha Baron Cohen as Kazakhstani television personality Borat Sagdiyev. The film is the sequel to 2006's Borat: Cultural Learnings of America for Make Benefit Glorious Nation of Kazakhstan.