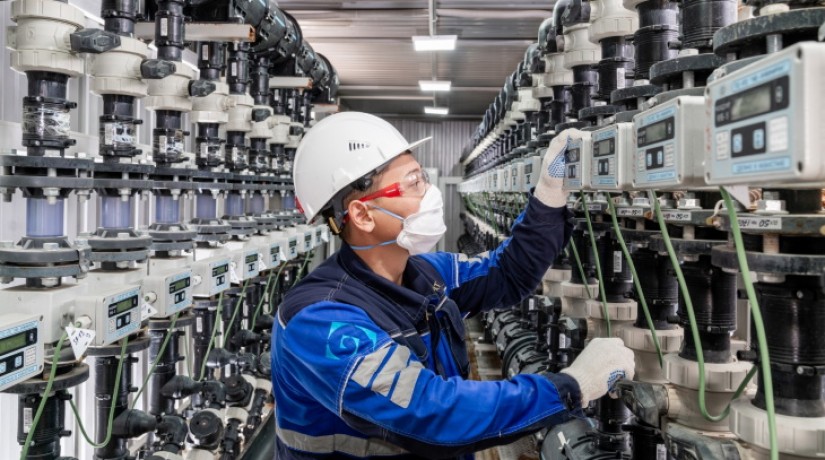 Almaty. August,5. Information Center - Kazakhstan's JSC National Atomic Company Kazatomprom plans to return staffing levels at its uranium mines to normal by around the end of this month. The number of employees at the mine sites was reduced between April and July in response to the COVID-19 pandemic, World Nuclear News reports.

In a trading update yesterday, the company said: "Thanks in part to the timely pandemic response measures taken by Kazatomprom's management in April, there have been no outbreaks at Kazatomprom's sites, despite increasing cases across Kazakhstan and a number of cases among the off-site staff. With carefully developed plans to ensure compliance with distancing and hygiene requirements during shift changes and day-to-day operations, the company believes it can now safely begin to gradually bring staff back to the mine sites."

Kazatomprom said its mine workers are expected to begin returning during the first-half of August, with COVID-19 testing for all of them. It expects the sites to be back to normal staffing levels within two to three weeks.

"The ramp-up will be carried out following strict health and safety protocols to minimise the risk of a potential outbreak," Kazatomprom said, adding that it will "continue to monitor the situation at the operations, as well as all regional COVID-19 developments and governmental directives, ensuring that any further recommended actions to reduce the impact of the pandemic are implemented without delay".

"The duration and full impact of the COVID-19 pandemic is not yet known," it said yesterday. "Annual production volumes could therefore vary from our expectations, depending on the actual impact."

It continues to target an ongoing inventory level of about six to seven months of annual attributable production, but this is expected to fall below that in 2020 and 2021, with no opportunity to catch up production losses in these periods.

"As such, the company will continue to monitor market conditions for opportunities to optimise its inventory levels and purchased some volumes in the spot market at the end of the second quarter."

Kazatomprom produces uranium using in situ leach methods from 26 deposits grouped into 13 mining assets. All of its mining operations are in Kazakhstan. The world's biggest uranium producer, the Kazakh company covered 25% of global output of the metal in 2019.

Cameco - the world's third largest uranium producer - announced plans last week to restart operations at its Cigar Lake uranium mine at the beginning of September. The underground mine in northern Saskatchewan, Canada, was placed in care and maintenance in March due to the COVID-19 pandemic. Cameco expects it will take about two weeks to bring Cigar Lake back into production.