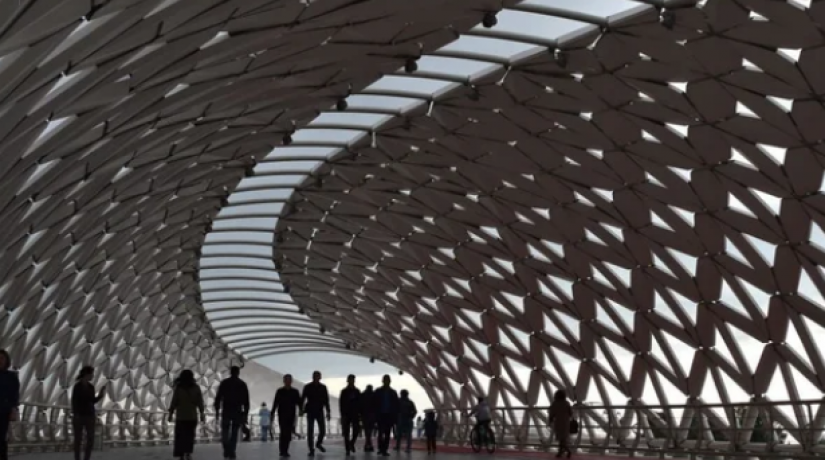 Almaty. November 26. Information Center - Central Asia is experiencing an enormous amount of ferment and change. The United States has been a de facto neighbor of Central Asia through its extended engagement with Afghanistan over the last 19 years, The Hill reports.

Central Asiais a significantly different region than it was at the beginning of the early 1990s. While the birth rate in the region has dropped significantly in the last 30 years, the population is still increasing. The average age is a young 27.6 years, and in the five countries of Central Asia — Kazakhstan, Kyrgyzstan, Tajikistan, Turkmenistan, and Uzbekistan — there are approximately 75 million people. In Uzbekistan alone, two-thirds of the population is below the age of 30, and approximately 500,000 young people enter the labor force annually. Without sufficient economic opportunities, Central Asia’s youth population will find other alternatives for their energies such as migrating, or a small percentage could be vulnerable to being radicalized and attracted to violent extremist groups.

While this region is not a bright beacon of freedom, some of the countries are legitimately democratic. This is especially true in Kyrgyzstan, despite its somewhat tumultuous political landscape and series of multiparty changeovers of parliament. In Uzbekistan, the country is in the process of becoming a full-fledged democracy, and the U.S. should help them.

Kazakhstan’s relatively new leadership has declared Kazakhstan’s intention of becoming a member of the Organization for Economic Cooperation and Development (OECD), the club of market democracies, which implies that Kazakhstan aims to become a fully-fledged democracy over time. Kazakhstan is currently one of the most active non-member partners for the OECD in the world. Tajikistan and Turkmenistan are not democracies.

The last two United States administrations have broadened engagement in the region beyond a traditional defense focus related to Afghanistan, other counterterrorism initiatives and some focus on democracy and human rights.

The Obama administration established the C5+1 initiative, which established collaboration with the 5 Central Asian states on counter terrorism, business competitiveness, transport corridor development, power and energy infrastructure, and environmental risk planning. Additionally, Obama Secretary of State John Kerry made a successful trip to the region in 2015. Under the Trump administration, Secretary of State Mike Pompeo made a trip to Central Asia most recently in January, and Commerce Secretary Wilbur Ross attended conferences in the region in 2019.

Russia has historically been Central Asia’s closest trading partner and traditional security partner; however, if Central Asia wants to become modernized, prosperous, economically diverse democracies, Russia offers very little. Russia has only invested approximately $20 billion in the region since the fall of the Soviet Union.

China is far more economically and politically influential than it was 30 years ago. China is seen as a potential market and supplier of infrastructure in the region and is in the top five trading partners of each of the countries. Furthermore, Central Asian countries are “authoritarian curious” about China’s model of authoritarian capitalism (e.g., social credit systems and the ubiquitous technology tracking of people). Central Asia is arguably the “belt buckle” on China’s Belt and Road Initiative. In just 2018 alone, Chinese FDI for the year in the five Central Asian countries was almost $15 billion. Central Asia is conflicted about China, fearing China from a security standpoint, and doubtful that China’s economic engagement offers little more than a neocolonial transactional relationship.

Leaders in Central Asia know that in order to reach higher-income status or even escape the middle income country trap, countries need to harness their people, diversify their economies, participate in the full fruits of modernity, and have deep connectivity with the rest of world. For example, Kazakhstan aspires to become the technological and manufacturing hub of the region. Many Central Asian countries have a hard time acquiring student visas to or correspondent banking relations with the United States, likely because of security reasons.

For the United States to engage Central Asia, the U.S. has to have far deeper connectivity in the region, which is too often out-of-sight and out-of-mind for policy makers. There are no direct flights from the contiguous U.S. to Central Asia. The United States does not need to spend enormous amounts of money, but it has to enable — or be seen as an enabler of — the higher aspirations of these countries, whether in investment and trade, higher education, endorsing Central Asian membership in global organizations, or in connecting the region to technology and modernity.

To the Trump administration’s credit, they have built on some of the Obama administration initiatives, and the United States is in the process of opening USAID foreign aid programs and opening targeted/expanded missions and programs in all five of the Central Asian countries.

President Biden would be well-served to host a video conference call with the five Central Asian heads of state in the first three months of his term.

The Biden administration might also plan on sending a senior delegation in the first six months to all of the Central Asian countries, composed of the Secretary of State, the Secretary of Defense, along with senior leaders from other agencies like USAID or the EXIM Bank.

President Biden should be prepared to receive all countries as a group on the sidelines of the next U.N. General Assembly. The new Biden administration should also establish at least one or several direct flights to the region, encourage stronger higher education partnerships in the region and re-examine the student visa situation.

The United States is never going to supplant Russia and China in terms of geography and history, but it is clear that Central Asia has expressed interest in more engagement from the United States, especially as it continues is development efforts.

The region has struggled with human rights and political issues, and each country has a different track record on these topics. While not making excuses for many of the problems, Central Asian countries have made progress in these areas, including modernization and democratization. For example, Uzbekistan has significantly decreased forced and child labor in the cotton industry in partnership with the International Labor Organization (ILO) Third Party Monitoring Project, which includes USAID and the U.S. Department of Labor.

As China expands its Central Asian programs and invests more money every year in the region, it is imperative that the United States should give Central Asia more focus — and potentially serve as a hedge against Russia and China.

A little more attention and additional investment in the region could bring a lot of positive payoff for both the Central Asian countries and the United States.