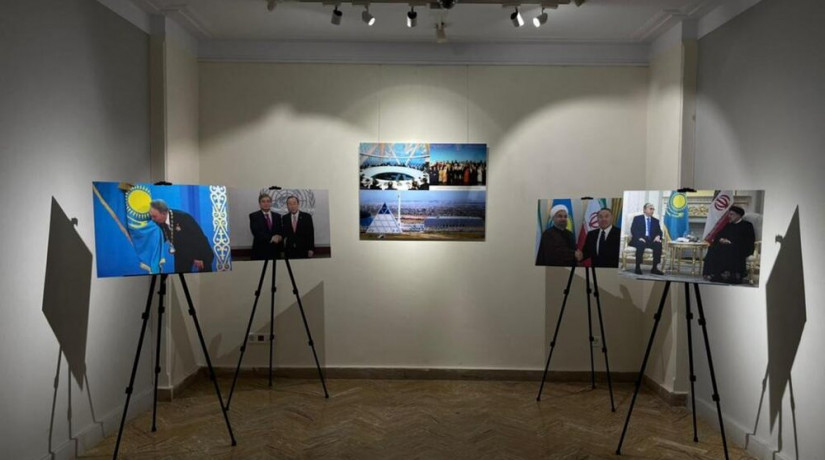 Almaty. October 19. Information Center - The Embassy of the Republic of Kazakhstan to Iran, jointly with the Cultural Institute of the Economic Cooperation Organization (ECO) organized a roundtable on October 17, dedicated to the 30th anniversary of the Independence of the Republic of Kazakhstan with the participation of representatives of Iranian expert and “think tanks”, the business community, prominent cultural figures of Iran, as well as friends of Kazakhstan, Tehran Times reports.

The key speakers of the roundtable were the Ambassador of the Republic of Kazakhstan to Iran A.Orazbay, the President of the ECO Cultural Institute S.Bakhti, the ex-Ambassador of Iran to the Republic of Kazakhstan M.Damirchilu, leading experts on the CIS and Central Asia – Head of the International Academic Cooperation of the Allameh Tabataba’i University Professor M.Tisheyar and Head of Center for Eurasia of the University of Tehran Professor E.Koolaee.

Ambassador A.Orazbay informed the participants of the event in detail about the main achievements of Kazakhstan since the gaining sovereignty, the reforms carried out and being implemented in the country, and the successes in the implementation of foreign policy initiatives. The role and contribution of the First President of the Republic of Kazakhstan - Leader of the Nation N.Nazarbayev to the formation and development of the republic were especially noted, as well as detailed information about the policy and priorities of the current President of Kazakhstan K.Tokayev were provided.

Special attention was paid to the successes in the development of Kazakh-Iranian cooperation since the establishment of diplomatic relations at the dawn of Kazakhstan's independence.

The President of the ECO Cultural Center S.Bakhti called the wide acknowledgment of the country’s leadership in its region as the main success of Kazakhstan over the years of independent development. As proof of it, he cited high economic indicators of the Republic of Kazakhstan and the volume of attracted investments over $350 billion. Achievements in the scientific and educational development of the state were especially highlighted while President K.Tokayev’s project known as “500 scientists” was given a high appraisal.

Another important achievement he called the capital of the Republic of Kazakhstan - Nur-Sultan, which has become not only the main city of the country but also was awarded the UNESCO’s World City title for its contribution to strengthening peace and security, and consolidation of world culture.

He spoke about the first mutual visits of the heads of state and foreign ministries, which laid a solid foundation for bilateral relations and gave a powerful impetus to their further development.

He noted the special role of the Kazakh Diaspora in Iran in strengthening interstate relations.

Professor of the University of Tehran E.Koolaee called Kazakhstan a standard of state development and an example of ensuring a decent standard of living for its people, emphasizing the wisdom of the multi-vector foreign policy taken from the first days of independence.

It was emphasized that the key to the success of the young country was the Kazakhstani unprecedented model of interethnic harmony and interreligious dialogue, which deserves special attention and requires a deeper study.

The head of the International Academic Cooperation of the Allameh Tabataba’i University Professor M.Tisheyar highlighted the achievements of Kazakhstan in the scientific and educational sphere.

The professor highly appreciated the level of cooperation in the field of science and education, emphasizing the importance of developing ties between educational institutions of Kazakhstan and Iran, in the field of student exchange, as well as mutual teaching of the Kazakh and Persian languages.

The participants of the roundtable enjoyed a video about the achievements of Kazakhstan over the years of independence, as well as were given books in Persian about the main stages of development of the state and the role of the First President of the Republic of Kazakhstan - Leader of the Nation N.Nazarbayev in it, texts with the main theses of the Address of President K.Tokayev and poems of the Kazakh poet Abay.

Likewise, within the framework of the roundtable, there were launched a photo exhibition demonstrating the main milestones of independence and significant events, as well as historical monuments and picturesque corners of Kazakhstan.