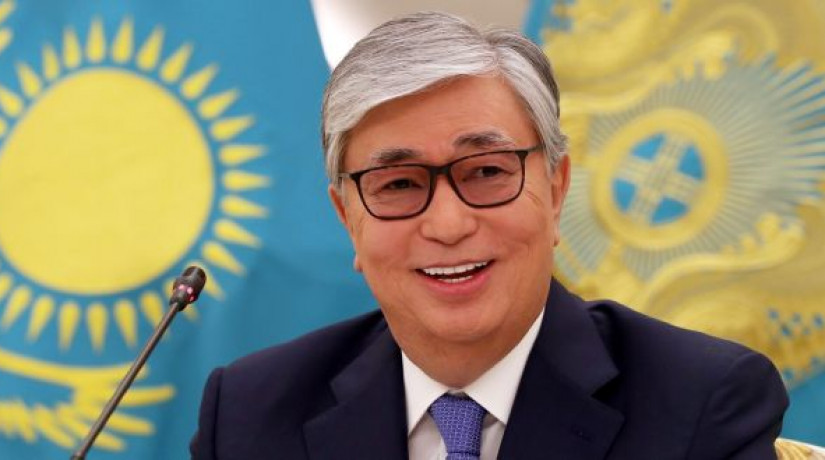 Almaty. May 4. Information Center - This is one of the conclusions of a major analysis of the early stages of the presidency of Kassym-Jomart Tokayev, EU Reporter reports.

A report authored by political scientist Andrey Chebotarev outlines social, political and economic reforms already undertaken by the president, all initiated despite the country also grappling with the ongoing health pandemic.

Chebotarev stresses that the report is an objective assessment of the political and socio-economic changes taking place in Kazakhstan.

The study concludes that the president’s zeal and commitment for reform “fully resonates with the population.”

The report was commissioned by the respected Kazakhstan Council on International Relations (КCIR).

KCIR is an influential foreign policy think tank established in 2017 and the president is its honorary chairman.

Entitled, “Political Reforms in Kazakhstan: New Course of President Tokayev”, the findings were published in March.

It states that the change of national leadership in Kazakhstan in March 2019 marked the end of the “first crucial political chapter” – nearly three decades long – of the nation’s history and was a timely chance to provide a critique of what has been achieved so far.

The first two years of the presidency of Tokayev’s presidency have posed “serious tests of strength” for him, the government, and for the country, says the report, with the most far-reaching test being the crisis.

The author, a lecturer in political science, argues that the President should, therefore, be credited with “continuity and consistency" in the implementing reforms.

In 2019, Kazakhstan’s first ever president, Nursultan Nazarbayev, stepped down was replaced by the then-Speaker of the Senate, Kassym-Jomart Tokayev.

Chebotarev says, “This change in the leadership opened the way for certain changes. Under the leadership of President Tokayev, a rather interesting and critical new stage in its development was reached that combines at once elements of evolution, fundamental reform, and crisis response.”

Tokayev, says the report, has “quickly mastered the modus operandi” of a president and has demonstrated the ability to respond promptly to various processes and events and “make quick but well-thought-out and adequate decisions.”

President Tokayev himself has emphasised three key principles – continuity, justice and progress. He says that the main plank of his reforms are pragmatism and quality, universality, continuity and gradualism, a strong presidency, an influential Parliament and accountable government, different opinions and the protection of the rights of the people.

The report assesses the new National Council of Public Trust with Chebotarev noting, “The unique nature of the council lies in the fact that it is a mechanism for establishing a dialogue between the authorities and society. As its work and reputation grow, this agency will help the head of state position himself as an ombudsman for the national interest and those of the entire Kazakh community in all its diversity, rather than small parties or groups’ interests.”

The council, the report adds, “has strengthened the discourse on political liberalization, encouraged good-faith dialogue between the government and society.”

Its membership reflects various views, ideas, and positions, social and political interests and public dialogue initiated by Tokayev and the NCPT “is intended as a tool for political modernization and the creation of truly democratic institutions, as well as progressive social and economic reforms.”

Despite the pandemic, more than 200 measures are, notes the report, being adopted for the implementation of political, administrative, and socio-economic reforms.

An example of political reform, says the report, is strengthening the fight against the "shadow" economy, with the aim to reduce its level to 15% by 2025.

Social reform includes the adoption of measures to reduce the debt burden of citizens. The category includes 629,000 people, including large families, families with disabled children or those who have lost their sole breadwinner.

On the economic reform front, Tokayev says that the “creation of a truly diversified, technological economy is not just a necessity for us, but a scenario where there is no other alternative. At the same time, the economy must work to improve the well-being of the people.”

The report also cites him saying, “We must find a positive answer to the growing public demand for a fairer distribution of benefits arising from the growth of national income.”

Accountability has also been improved, says the report, by expanding the role of the Kazakh Parliament in state decision-making and increasing the government’s accountability to the Parliament and people.

Six of newly created agencies are accountable to the President, an indicator, according to the report, of his “sense of personal responsibility for the country’s overall situation and in certain areas in particular.”

Such efforts have met with public approval and Tokayev has consistently held the first position in all major indicators such as credibility, efficiency, and prospects since assuming power in 2019. Tokayev’s rating increased from 5.4 points to 5.26 points today.

Five institutions headed by the President also received a high level of public trust, it says.

The 36-page report concludes, “The country is experiencing, under the new leadership a rather interesting and critical new stage in its development.

“In 2020, Kazakhstan's leadership had to focus heavily on anti-crisis work. At the same time Tokayev managed to maintain his political course, focused on implementing new political, administrative, and socio-economic reforms. All the results achieved so far under extremely challenging conditions form a sound basis for further progress as the country recovers from the pandemic.”

But it also warns, “According to the international financial institutions, economic recovery will be slow and difficult. Full recovery and simultaneous progress in political, administrative, and socio-economic reforms will take time and continued effort by all concerned.”

Polish MEP Ryszard Czarnecki, who chairs the EU-Kazakhstan Friendship group in the European parliament, welcomes the fact that Tokayev, is paying “special attention” to reducing inequalities while Axel Goethals, CEO, of the European Institute for Asian Studies, also told this site, “Kazakhstan under President Tokayev has also made very positive inroads into increasing general representation and civil society participation in its democratic process.”