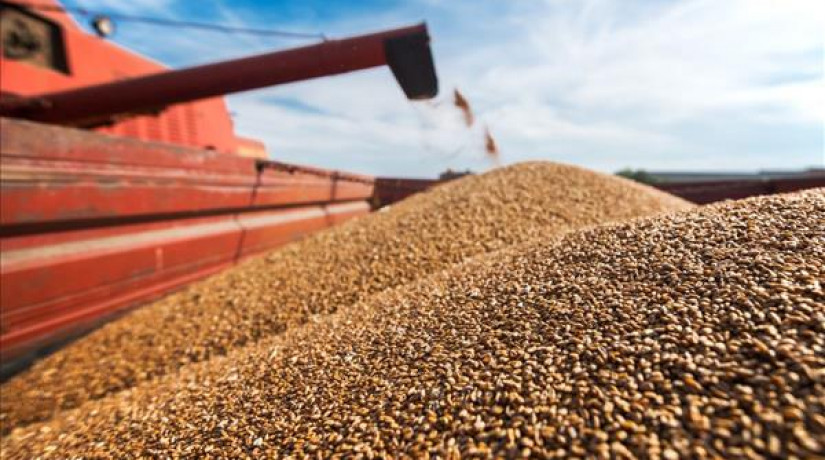 Almaty. September 13. Information Center - A big shortage in the harvest in Kazakhstan may lead to an increase in wheat prices, coupled with a global trend of growth in grain prices, the official representative of the country's Grain Union, expert Yevgeny Karabanov told Trend, MENAFN reports.

According to Karabanov, the rise in wheat prices is a global trend, and Kazakhstan is no exception since it's a part of the global market.

"Therefore, just as elsewhere, there is a trend towards an increase in wheat prices in Kazakhstan. The current market situation shows that prices have already increased by $10-15 compared to the prices announced by the Food Corporation. Last year, wheat cost around 80,000 tenge ($188) per ton, while now wheat costs about 110,000 tenge ($258). This means a growth of about 37 percent," he said.

The expert noted that this will lead to an inevitable growth in prices for the Kazakh wheat importing countries, as for the domestic market, thanks to the forward purchase of grain by the Food Corporation, prices can be regulated.

"The corporation has already purchased more than 70,000 tons, so it, as a regulator, will be able to regulate the market through this grain, maintain a more or less acceptable price. The price, of course, will rise, but not in the amount in which it will rise for importers," Karabanov further said.

He also noted that the Grain Union expects a reduction in the wheat harvest this agricultural year compared to the past, the main reason for which, according to him, is dry weather conditions.

"The question is how much the harvest will be less than last year's, but it's still too early to talk about it, since only 50 percent of the area has been harvested, and namely the first crops which suffered most of all have been harvested. However, the Grain Union predicts a harvest of 10.5-11 million tons of wheat, which is below the level of last year - 13.7 million tons. That is, the expected reduction in harvest will be 20 percent," added the expert.