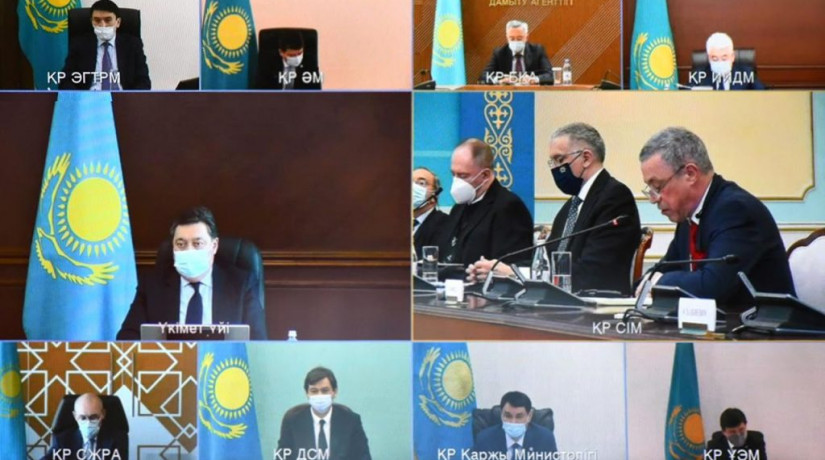 Almaty. April 8. Information Center - Prime Minister of the Republic of Kazakhstan Askar Mamin held the 6th Meeting of the Dialogue on investment co-operation between Kazakhstan and the European Union, EU Reporter reports.

Askar Mamin spoke about the measures taken to develop the economy, improve the business climate, adopt new approaches to attracting investments and stabilize the sanitary and epidemiological situation in the country.

He stressed that the anti-crisis measures taken by the Government since the beginning of 2021 helped to gain, according to the recent Moody’s, Fitch and Standard & Poor’s rankings, the pre-pandemic ratings. The rating agencies forecast positive development of the Kazakh economy within 3.2-3.8%.

The Prime Minister also noted that the Index of Economic Freedom 2021 by the Heritage Foundation, Kazakhstan took 34th place out of 178, having improved its indicators by 5 positions (in 2019 - 59th place, and 39th place in 2020).

Positive dynamics were noted in fiscal sustainability, efficiency of government spending, and the judicial system. Freedom of investment, labor relations and the financial sector are named among the factors that impacted the quality of the institutional environment.

“We intend to continue support this dynamics to further enhance the status ofKazakhstanas one of the countries with the most favorable investment climate,” Mamin said.

The Prime Minister called on the European diplomats to further an open and active dialogue to promote the development of trade, economic and investment cooperation betweenKazakhstanand the EU.

The participants discussed the prospects for overcoming the consequences of the pandemic and cooperation betweenKazakhstanand the European Union on economic recovery.

Among the issues raised were the improvement of business climate both at the national and international levels, expanding interaction in healthcare, improving tax administration of foreign legal entities, settling disputes with the participation of foreign companies through judicial and non-judicial mechanisms (arbitration).

Attention was paid to increasing the potential of the AIFC in developing cooperation with EU financial institutions and attracting investments from European companies. The members of the Government, the leadership of the Agency for Strategic Planning and Reforms, the Agency for Protection and Development of Competition, JSC Kazakh Invest, representatives of the Supreme Court of the Republic of Kazakhstan, ambassadors of the European Union, Germany, Romania, Poland, Belgium, Italy, Slovakia, Spain, Lithuania, Croatia, Greece, Bulgaria, Hungary, France, Austria, Latvia, Czech Republic, representatives of Portugal, the Netherlands, Finland, Estonia, etc. participated in the event.

The European Union is one of the key investors and the largest trading partner ofKazakhstan. In 2020, the trade turnover was $23.6 billion.