Astana Ballet to Perform Charity Show for Heroic Medical Workers Who Survived the Epidemic on Oct. 3-4 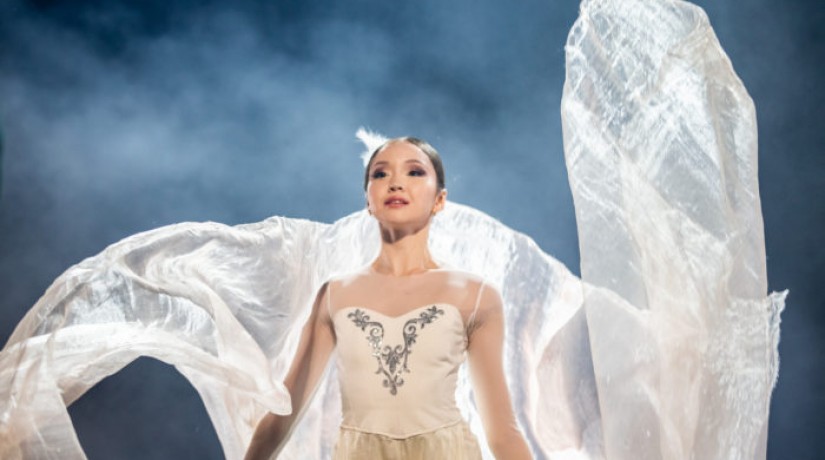 Almaty. September 28. Information center - Overall, the theater plans to stage ten charity concerts for medical workers in the capital and in other regions, The Astana Times reports.

The concert program features major theater’s performances such as “Heritage of the Great Steppe,” – a divertissement.

“We would like to express our gratitude to the heroic doctors, who have been working hard for many months to save lives. Ten charity concerts will be held in different cities of Kazakhstan so that as many doctors as possible can attend these events, organized with the support of the Ministry of Culture and Sports and the Ministry of Healthcare. We approached the preparations very carefully and took full responsibility for the safety of the audience. We developed an algorithm for visiting and seating in accordance with all sanitary standards,” said director of Astana Ballet theater Alexandr Sovostyanov.

“We have prepared bright and beautiful performances, they will set a light and festive mood that we would like to share with our viewers. Moreover, this time we have special guests – doctors, to whom we wish to express our gratitude for their hard work. The artists are impatient, even somewhat excited about the upcoming performance with a live audience. They missed the stage, audience, applause, this feedback feeds them, inspires them to overcome their maximum capabilities,” said Avakhri.

This year, the theater will also premiere “Zheltorangy turaly anyz” (the Legend of Zheltorangy) staged by Kazakh choreographer Anvara Sadykova. The information about new photo and video projects is available under the hashtag #astanaballetlife on social media.

During its seventh season, the Astana Ballet theater staged “The Legend of Love” and the “Heritage of the Great Steppe” ballets at the Bolshoi Theater of Uzbekistan in Tashkent and ““Salome” at the Covent Garden Theater in London. Later, the theater’s troupe made its first tour to San Francisco, Los Angeles, San Diego and Escondido. The soloists also took part in Dimash Kudaibergenov’s concert at the Barclays Center arena in New York and at the Kremlin palace in Moscow. More than 30,000 people visited their performances overseas.