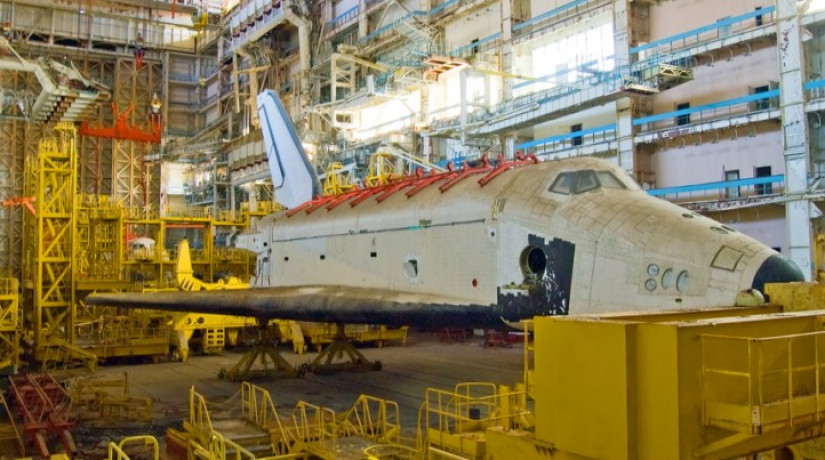 Almaty. October 7. Information Center - According to the Digital Look reported a few weeks ago, there is a dispute over the remains of two prototype Russian space shuttles (popularly known as Buran, the name of the only one that actually went into space) that are currently in a warehouse at the Baikonur cosmodrome, in Kazakhstan. Russia plans to repatriate and restore these relics, but has faced resistance from the spaceport boss Dauren Musa, Play Crazy Games reports

But it seems that there was a turnaround in the case. According to the website futurism, Musa signaled the possibility of giving up one of the prototypes, called Pticka (or Izdelye 1.02). However, he wants something very specific in return: a human skull.

Of course it wouldn’t do just any skull (otherwise this fight could have been resolved a long time ago).

Musa would deliver Pticka in exchange for the skull of the last Kazakh Khan, Kenesary Kasymov, considered a hero in the country for having led a rebellion against the Russian Empire’s attempts to colonize the region in the 1840s.

According to the website Ars Technica, Russian space companies sold a lot of assets after the fall of the Soviet Union, so it’s entirely possible that the Kazakh businessman either acquired the space shuttles at the time or bought them from someone who did.

The fact is that recently the board of NPO Molniya, the Soviet design bureau that worked on the Buran program, issued a press release claiming that it had sent a delegation to Baikonur to discuss the transfer of prototype vehicles to Russia. According to the statement, the spacecraft would be restored and made available in museums across the country.

In response, Musa posted on Twitter: “They want to get it, but who’s going to give it to them? The year of the 60th anniversary of the flight of [Yuri] Gagarin for space is coming to an end, and the industry [espacial] Russian, which has received colossal amounts of money from the people, cannot be proud of any achievements”, continues Musa. “All they can do is show off the models they abandoned in a hurry 30 years ago.”

With the proposal of the eccentric businessman, would this story be close to an end? It seems not. Just as, to this day, no one really understands how Musa took possession of the space shuttles, there is no idea where that skull might be.

There is a possibility that he is in St. Petersburg, but Russian authorities say they don’t really know what happened to Kenesary Kasymov’s head.