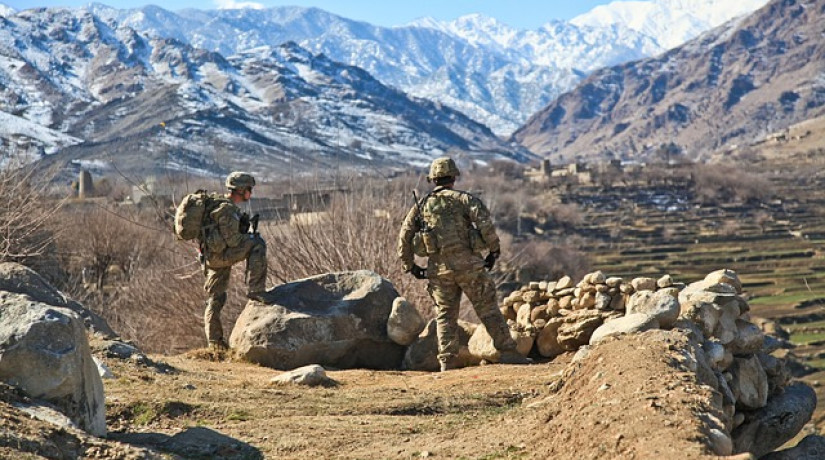 Almaty. May 4. Information Center - The news of a full U.S. withdrawal of its troops from Afghanistan by September reinvigorated Russia’s military attention to the Central Asian region, The Diplomat reports.

Russiamaintains multifaceted military relations with the countries of the region, including under the framework of the Collective Security Treaty Organization (CSTO), a military alliance that includesKazakhstan,Kyrgyzstan, andTajikistanbut notUzbekistanorTurkmenistan. The recent events motivated the Russian Defense Ministry to make extra arrangements, and Defense Minister Sergei Shoigu traveled to Tajikistan and Uzbekistan to sign additional agreements to ensure its involvement should instability in Afghanistan envelope the region.

On April27, inTajikistan, Shoigu and his Tajik counterpart Sherali Mirzo signed an agreement to establish joint air defense systems that clearly will be directed at a potential threat from Afghanistan.

The same day, Shoigu made a separate trip to Uzbekistan to meet with his counterpart Defense Minister Bahodir Qurbonov to discuss regional security matters and the fight against international terrorism. Following the meeting, it was announced that the ministries of both countries had prepared a Strategic Partnership Program for 2021-2025, the first of its kind. The contents of the document are unknown, but given that Uzbekistan is not a member of CSTO, Moscow most likely has clauses that will smooth its involvement, albeit limited, if the military situation at the Afghanistan border escalates. Any agreement would be limited because according to its 2018 military doctrine, Uzbekistan will not enter into military alliances nor allow foreign military bases in its territory.

While Central Asian countries had begun to embrace Afghanistan as a regional economic partner, including involvement in significant infrastructure projects with Kabul, it seems their defense officials are aligned with Russia’s security concerns in the region. It is clear now that the statement made by the head of the Taliban’s political office in Qatar, Mullah Abdul Ghani Baradar, in September 2020 promising not to attack any of its Central Asian neighbors, is of little real value as reassurance.

While the rhetoric of Central Asian countries increasingly focuses on peace and reconstruction in Afghanistan, Russia’s concerns about the situation and the possible threat to regional stability have also increased. The Russian Defense Ministry regularly brings up the precarious situation on the border between Central Asia and Afghanistan and uses it as a reason for continued cooperation and military exercises with the countries of the region.

For example, Russia’s latest military exercise with Tajikistan concluded on April 23 and was built around the scenario of a joint reaction to a situation on the border with Afghanistan. At the latest military exercise between Russia and Uzbekistan, which took place in December 2020, Russia framed the exercise as a necessary activity given international terrorism posing a serious threat to the region.

Shoigu summarized his concerns about Afghanistan in an interview he recently gave to a Kazakh publication. He doubted the stability of Afghanistan due to the presence of terrorist forces and drug trafficking. He stated that terrorists from other countries, including Islamic State fighters, had been moving through and finding safe haven in Afghanistan and that the production and trafficking of illicit drugs in the country would continue causing instability.

Shoigu’s visits and consequent agreements signed with Uzbekistan and Tajikistan indicate Russia’s concern and lack of trust in the ability of Central Asian states to defend and withstand possible attacks on their borders. Nevertheless, it is unclear how much Central Asian defense establishments trust their own ability to independently assume the responsibilities to protect their borders with Afghanistan. Russia’s assistance would likely be welcomed if there is an escalation at the border with Afghanistan. These arrangements by military officials contrast with optimistic political rhetoric and economic projects that the Central Asian countries have been building on for the past few years.