Tursynbay Kulakhmet: "I am ready for anyone at super-welterweight!" 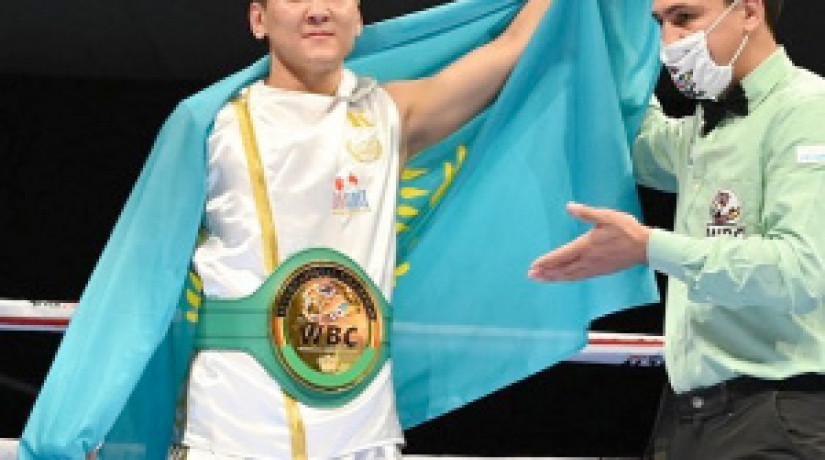 Almaty. July 8. Information Center - Tursynbay Kulakhmet takes on Aleksei Evchenko when #MTKFightNight heads back to Kazakhstan on Saturday - and the homecoming hero says he is happy to take on all comers at 154lbs, British Boxing News reports.

The event takes place the Baluan Sholak Sports Palace in Almaty, live on ESPN+ in association with Top Rank in the US, on SportTimeKZ in Kazakhstan, and on IFL TV for the rest of the world.

He then displayed his devastating power with a first round knockout win over 20-0 opponent Heber Rondon in April, and the Kazakh sensation is targeting big things following his fight with Evchenko this weekend.

Kulakhmet said: "The plan is to fight for a world title after just seven bouts in the professional ranks. That is a special achievement that very few people have succeeded in.

"I hope that with God's help we will be able to come to this, and leave our bright mark in the history of world boxing and strengthen the tradition of professional boxing in Kazakhstan.

"I would like to hold at least two or three more fights before the end of this year. There are a lot of strong and interesting boxers in my weight category, and meeting with each of them would carry a special status and significance. I can confidently say only one thing - I am ready for a battle with any opponent.

"Performing at home is always an exciting moment. After all, fans are always important and they are waiting to see a great victory. My next opponent is an experienced fighter with a good record. He is a well-trained, tactical, competent boxer, and I think it will be an spectacular fight that fans will definitely enjoy.

"Training with Jamie Moore and Nigel Travis is special. They are experienced trainers who know what aspects I need to work on in order to improve myself and progress."