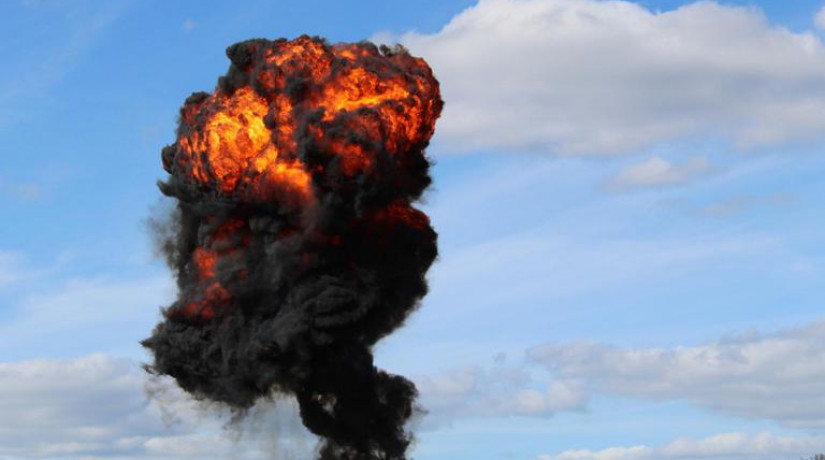 Almaty. October 11. Information Center - Nearly two months after a massive fire broke out at a military warehouse, another blast rocked the premises of an ammunition depot in southern Kazakhstan, Republic World reports.

Nearly two months after a massive fire broke out at a military warehouse, another blast rocked the premises of an engineering ammunition depot in southern Kazakhstan, reported news agency Sputnik on Sunday. According to the Kazakh Defence Ministry, the explosion took place at around 7:20 in the morning. Further, the Defence Ministry confirmed that no one was injured during the incident.

"At 07:20 [local time, 01:20 GMT], an explosive object damaged by fire in the territory of the engineering ammunition warehouse in... Jambyl Region was triggered. There was no distant scattering of fragments as a result of the explosion. Work at that time was not carried out, there were no people nearby. No damage was caused to buildings", Sputnik quoted the ministry as saying in a statement.

Further, the Ministry warned that similar incidents could happen in the military area in the future as the cleaning work has been going on in the technical area. It is said that the technical area contains several explosive objects that have the potential for a severe blast. Notably, the incident took place two months after 14 people were killed and 90 others wounded in a massive fire that broke out at a military warehouse. The blast took place in an area where engineering ammunition was stored. An investigation into the matter revealed that the explosion occurred due to the mishandling of the weapon. At that time, Kazakhstan President Kassym-Jomart Tokayev had announced that those soldiers, rescuers, firefighters who lost their lives in the explosion would be posthumously awarded for their bravery.

According to Kazakhstan's Defence Ministry, the incident happened at a warehouse where all the ammunition was stored. A fire broke out, which caused a massive explosion of unidentified objects stored in the military unit. A series of 10 blasts were recorded, leaving behind a large fire and a tall column of smoke emanating from the warehouse. After the incident, more than 1,000 people were evacuated from the village, and many left their houses. A railway track was also closed. Soon after the blast, the country's Defense Minister, Nurlan Yermekbayev, offered his resignation.